I am fascinated by the physics of living organisms, with a focus on understanding insect flight. How does an insect fly, why does it fly so well, and how can we infer its ‘thoughts’ from its flight dynamics? The movement of an insect is not only dictated by the laws of physics, but also by its response to the external world.

We have been seeking mechanistic explanations of the complex movement of insect flight. Starting from the Navier-Stokes equations governing the unsteady aerodynamics of flapping flight, we worked to build a theoretical framework for interpreting and predicting the functions of an insect’s internal machinery for flight. In this approach, the physics of flight informs us about the internal computing scheme for a specific behavior.

Our most recent work makes new connections to neural science. We build physical models for quantitative analyses of flight reflexes, and relate our findings to the underlying neural feedback circuitries for flight. 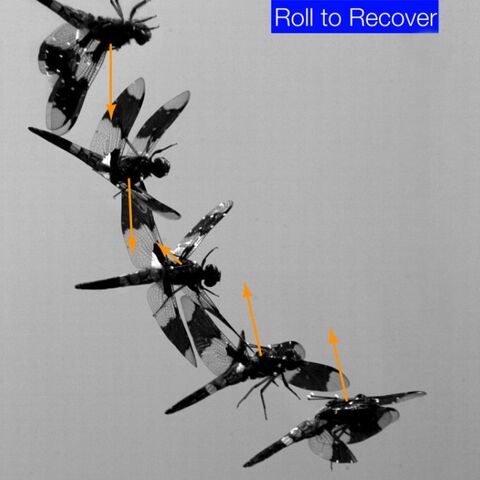 Dragonflies use vision, subtle wing control to straighten up and fly right